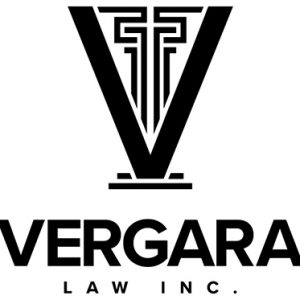 The Refugee Act of 1980 established procedures for admitting refugees of special humanitarian concern into the United States.  Under the Refugee Act of 1980, a refugee is any person who is outside his or her country of residence or nationality, or without nationality and is unable or unwilling to return to, and is unable or unwilling to avail himself or herself of the protection of, that country because of persecution or a well-founded fear of persecution on account of race, religion, nationality, membership in a particular social group or political opinion.  Any individual who enters the United States must submit his or her Asylum application within one year after entering the United States. This one  year time limit can only be overcome upon a show changed circumstances that materially affected the person’s eligibility or extraordinary circumstances regarding the delay in filing the application. Additionally, an applicant may pursue his/her request for asylum before an immigration judge.

The Vergara Law Grouphas extensive experience with asylum applications. As lawyers who concentrate on immigration law, we have demonstrated dedication to our clients’ needs. Our asylum lawyers also have a deep understanding of the facts that must be proven for a successful asylum or refugee application.

One may apply for asylum within one year of entering the U.S. if he or she has faced persecution in his or her home country on the basis of his or her religion, race, nationality, political opinion, or association with a particular social group. In order to do so, he or she must file a Petition for Asylum. There are no application fees for asylum. Approval for political asylum and refugee applications can anywhere from several months to over a year. By law, asylees and refugees are permitted to work and live in the U.S. for an unrestricted amount of time. Following 1 year as an asylee or refugee, the asylee or refugee  may apply for lawful permanent residence (LPR).

Those eligible for a political asylum are immigrants who are already in the U.S. and have fled from persecution in their native country. This authorizes the immigrant to remain in the U.S. as opposed to returning back to his or her home country and facing potential persecution.

Refugee Immigration Status is for individuals who wish to come to the U.S. due to fear of persecution in their home countries. These individuals can apply for refugee immigration status while still living outside the U.S. If accepted, they may become political refugees.

Refugee status is granted to those who have been victims of and can prove “well-founded fear” of persecution on the grounds of political opinion or membership in a political group. Persecution may involve violation of human rights, being a victim of violence or unlawfully imprisoned on the basis of political beliefs, or being treated inhumanely (i.e. torture, slavery, or degradation). Prior incidents of persecution may adequately demonstrate a well-founded fear of subsequent persecution. Additionally, LGBT may also qualify for refugee status due to persecution on the basis of membership to a specific social group. Refugees have their own individual rights such as the right to safe asylum, physical safety, economic and social rights, medical care, schooling, the right to work, as well as freedom of thought, movement, and freedom from torture and degrading treatment.

There is a slight difference between refugee status and asylum status. The distinction is based on where the applicant who is applying for asylum or refugee status is located. Asylum refers to foreigners who have been persecuted in their native country, but are already present within the U.S. On the other hand, refugee status refers to political refugees who are located either outside the U.S. or outside of their native country and have not entered the U.S. yet. These individuals are either not willing or not able to return to their home country because of persecution. The distinction is significant because some programs pertain to political refugee immigrants that may not pertain to those seeking asylum.

Your Legal Rights as an Asylee

If you have been granted asylum, you may:

If you desire to stay in the U.S. but fail to meet the criteria for political asylum or refugee status, you may qualify for the following:

Amnesty: Amnesty may be granted to immigrants whose immigration status has expired, or immigrants who have already been living in the U.S. unlawfully, under the condition that this was the only illegal activity he or she had participated in.

If you or a loved one are seeking asylum or need more information regarding your options and rights, then contact The Vergara Law Group today!